See IntentismCommunity in your own language 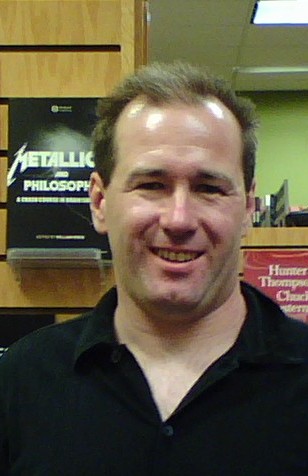 1. The narrative of LOST has been described as ‘a Ponzi scheme in which the viewer was encouraged by the producers to invest in a story on which they knew they could never pay out.’ (Andrew Anthony, The Observer 30/5/2010). Should we feel cheated that there doesn’t appear to be a single narrative solution to its many mysteries? Can we say that their intentions, to use Barthes’s words, were to give birth to the viewer and allow them to interpret the story in any way they choose?

Answer: That is an excellent description, ‘a Ponzi scheme.’ Certainly we should feel cheated that there are no solutions to many of the mysteries that were integral to the plot of Lost because such solutions were repeatedly hinted at by the show’s narrative. Nonetheless I have some sympathy for the writers of Lost. They undertook a vast story-telling enterprise “in public” rather than in the private of a study. Novelists typically revise their work significantly prior to publication, going down blind alleys and making mistakes for their own eyes only—or for the eyes of a few trusted friends—before putting a story into final form for publication. Of course some writers, such as Dickens, have written “in public,” publishing as they were formulating a story, but obviously not everyone has the talent of Dickens—surely not the writers of Lost. At some point in Lost’s development the writers realized that they had no satisfying way of providing answers for all the mysteries and seem to have decided instead to focus on presenting compelling characters and mythological elements instead. Contra Barthes, what is key here is that their intention was not to provide a satisfying plot resolution but to provide characters and mythological elements that stirred the imagination of viewers. It’s not as if their intention ceased to matter; it’s that their intention changed focus and became more open-ended, such that they intended largely just to let the viewers play with the characters and mythology in their own minds.

2. J.K. Rowling has disclosed that Dumbledore is gay. As the author of the work, should this make us reassess our understanding of this wizard- even though the work itself does not disclose his sexual orientation? New York Times columnist Edward Rothstein said that "Ms. Rowling may think of Dumbledore as gay" however, "there is no reason why anyone else should". Kimberly Maul (2007). "Harry Potter Fans Continue to Debate Rowling's Outing of Dumbledore". The Book Standard.

Answer: There are two possibilities. The first is that Rowling just decided to get a rise out of people by saying Dumbledore is gay. Some people were bothered by the overtly Christian imagery of the conclusion of the Harry Potter series. Rowling may thus have been sensitive to this and eager to show that she is no predictably conservative or quintessentially fundamentalist religious pundit. If this is the case, then Dumbledore is not gay. Rowling can’t intend him to be gay after the fact if she intended him to be heterosexual all along. The second possibility is that Rowling intended Dumbledore to be gay. Of course Rowling claims this is so. It has even been suggested that she has back-story and draft material that show that she had this intention. If she were willing to make this material public, then the case would be closed: Dumbledore is gay. Still, we could find fault with the presentation of her art to the extent that there is no reason to think that Dumbledore is gay in reading the books. If she intended him to be gay, then she should have done a better job of making her intention manifest in the text. If Dumbledore is gay, that is not an inconsequential fact like being left-handed. If Dumbledore is gay then that would have implications for, among other things, his relationship with Grindelwald. She should have made the intention clear in the text.

3. How important is it to justify our intentions when everyone seems determined not to accept them?

Answer: It is an ethical concern. Intentions may not be the most important thing for the audience, but they must be respected for the sake of the artist. People may look at a painting or read a novel and come away with their own interpretations. That is fine as long as they don’t attribute those interpretations to the artist. Someone might, for example, come up with a radical political interpretation of an artwork that has nothing to do with the artist’s intentions and in fact goes against the stated political views of the artist. Such a person would be wrong to attribute that political interpretation to the artist. In his book Validity in Interpretation E.D. Hirsch offers the very useful distinction between meaning and significance. Meaning is what the author intended; significance is an interpretive application. Often times the significance of an artwork is more interesting than the meaning of the artwork, but we are nonetheless ethically bound to respect the intention so as not to misrepresent the artist. Of course sometimes artists don’t mind being misrepresented in this way when an interpretation is more compelling than what they intended. But an artist is dishonest when s/he goes along with such an interpretation as if it were intended or as if the intention all along was just to offer the work for the contemplation and interpretation of the audience (if in fact that was not the intention).

4. Is it always necessary to get your (the maker's) intention fully through? - As long as the maker him or her self knows what it is about, and have a great connection to the intention?

Answer: Here conversation is the appropriate model. In conversations it is very important to us to have our intentions understood, and we will offer corrections in conversation to make sure our intentions are understood. Artworks typically do not allow for the kind of dialogue correction that we have in conversation. So artists must take particular care to make the intentions that are important to them clear and manifest in their work. Outside of ’s adventures in Wonderland and through the looking glass it’s inconceivable that people would carry on a conversation with no concern about having their intentions understood. But artists realize that when they make an artwork public it is likely to be misunderstood to at least some extent. For this reason some artists produce artworks with only the vague intention that the artworks should stir the imagination of the audience. This is rare, however. Most artists have at least some definite intention that they want to communicate even if they are also glad to simply have the artwork stir the imagination of the audience.

5. I am an artist. What if someone pointing at my artwork asks me 'What does it mean?'. According to intentism should I explain my intentions to them while taking away their own experience and dialogue with the artwork?

Answer: The answer depends on the intention behind the artwork. If the intention was only to stir the imagination of the audience, then the artist shouldn’t say anything else. But such vague intentions are rare. Most artists do not intend to produce mere inkblots in which the perceiver simply projects his or her own imagination. Most artists have more definite intentions behind their artwork. It may be troubling to the artist when the audience can’t clearly make out the intention, but there is no need to become defensive about it. Often times the audience doesn’t have the educational or cultural background that is necessary to see the clearly manifest intention. If a person asks an artist about his/her intentions, then certainly the artist should not hesitate to give them. Of course it might very well be interesting to ask the audience member what his/her interpretation is, and that interpretation might very well be more stimulating than the intended meaning.

6. How far does the artist's responsibility/accountability go? Most people are not exactly enlightened and creative processes can often be highly intuitive. On a conscious level an artist might have one idea why they are producing a certain work of art while they might only realise in hindsight a deeper meaning. Are they only accountable for what they consciously know or also for any other effects the artwork might have on the viewer?

Answer: Just as some of our actions and some of our ordinary speech may have unconscious intentions, so may artworks have unconscious intentions—sometimes quite profound ones. But, on the other hand, we’ve all had the experience of saying something that other people thought was quite clever or witty only to realize that they were giving us credit for a meaning we did not intend. At that point we might either silently take credit for the witty remark or we might honestly admit we didn’t really intend it that way, though we wish we had. The same is the case with an artwork. Sometimes an interpreter may help an artist realize what the artist unconsciously intended, and other times an interpreter may just come up with an interpretation (a significance) that is more aesthetically pleasing but that was no part of the intended meaning (consciously or unconsciously). It is up to the artist to be honest about which is the case.

7. Some artwork might be shocking to people. Critics might say that the artist's intention is to shock. The artist's primary aim however might not have been to shock people but just to tell them what they think is true while being fully aware that this might shock people. How would intentism see this?

8. I am still questioning the premise that the artist's intention is central. Surely most of the time an artist is using the language of painting to suggest a range of possible readings. In many cases the viewer makes a reading which is completely subjective: many artists I know would be happy with this outcome,- it is after all the logical conclusion of fine art as opposed to illustration. Therefore what value is to be had by rejecting this response?

Answer: This strikes me as perfectly fine. When the intention is vague and open-ended, such as “to stir the imagination of the audience,” then any number of subjective interpretations may be valid. But often times the intention is rather well-defined and to interpret in opposition to the intention would be to wrong the artist. If, for example, I interpreted Picasso’s as glorifying war, not only would I be wrong but I would be wronging Picasso.